This we believe is the final communication with Grand Lodge before the regiment departed for England via Liverpool on the 22nd of March 1828 and later to India in 1841. 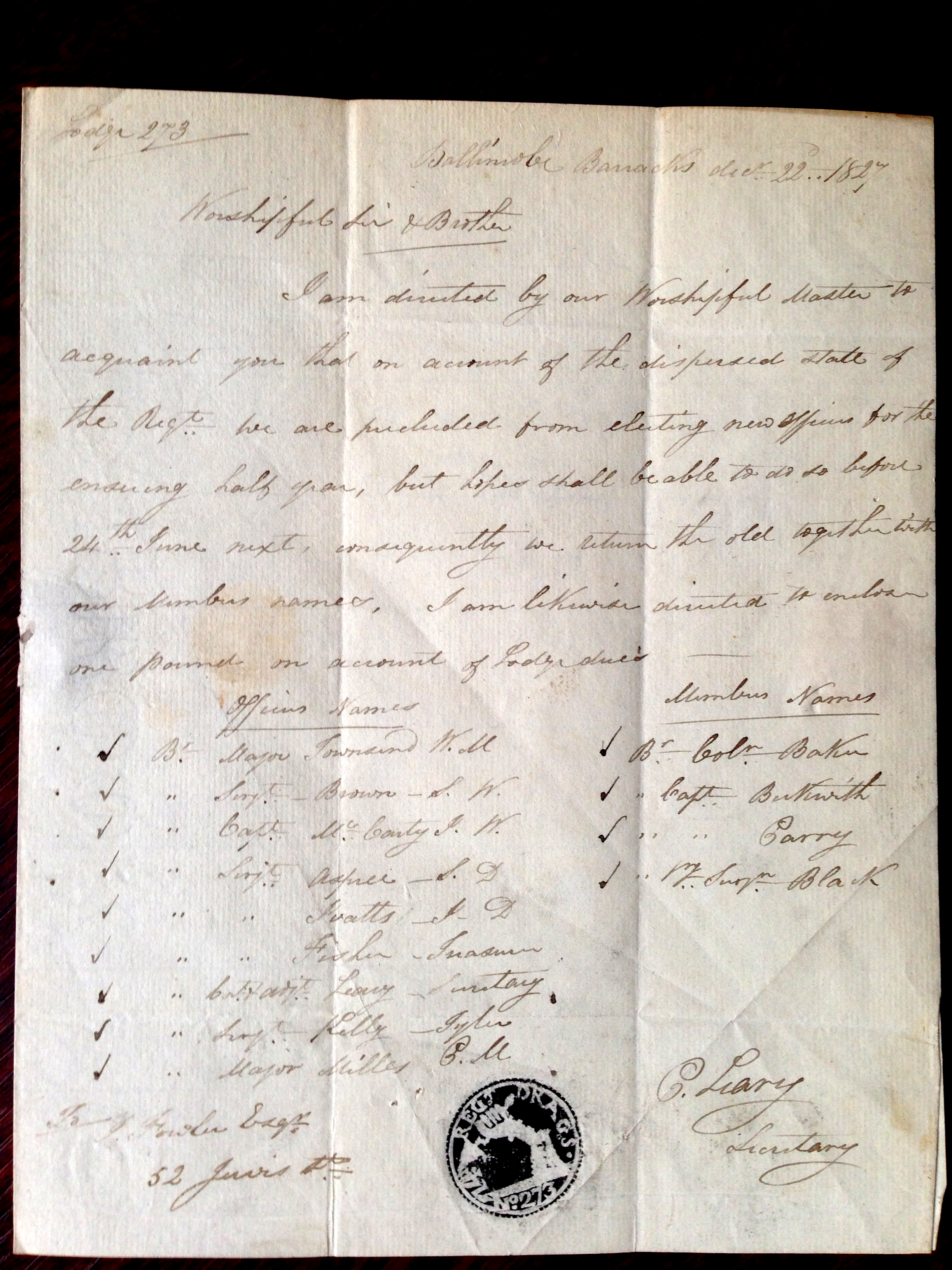 The 14th Light Dragoons left England for Ireland once more in 1825 and marched to Dublin. After three years, in 1828 they returned to England where they were stationed at Leeds, and thereafter Brighton and Chichester. Marching to London in 1830, to celebrate the coronation of King William IV the name of the Regiment was changed to the 14th (The King’s) Regiment of Light Dragoons. At the same time, the facings of the uniform changed from orange to scarlet.

In May 1841, leaving a depot squadron at Maidstone, the Regiment embarked for India, arriving in Bombay in September. For three years they were stationed at Kirkee, and thence to Agra, Meerut and Umballa in 1846. The Regiment fought at Ramnuggur during the First Sikh War (1845-46) and at Chillianwallah and Goojerat during the Second Sikh War (1848-49), The Regiment at that time had an establishment of some 20 officers, 705 men, and 701 horses.